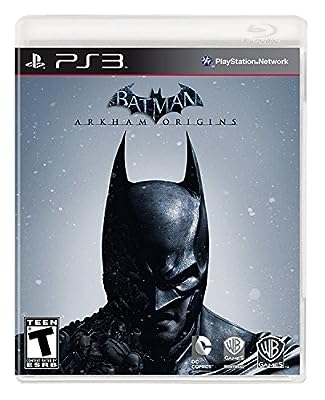 Asian import. Languages: English only The Arkham Story Begins: Batman: Arkham Origins features an all-new single-player campaign written by Dooma Wendschuh and Corey May, with Geoff Johns consulting. Players become an early-career Batman as he encounters for the first time many of the super villains that shape his future. Enhanced Detective Mode: Batman's detective skills are tested as never before with an all-new Crime Scene system that allows players to scrub through the evidence in order to find key pieces of information. Players use Batman's cowl and Bat Computer to digitally recreate crime scenes, allowing them track clues that normal eyes would miss. Gotham City as Never Seen Before: Explore areas of Gotham City before its transformation into Arkham City, and experience all new areas and other iconic locations. The dynamic and rich environments are filled with a variety of enemies, "crimes-in-progress" and other content that will encourage exploration and player engagement. Most Wanted Side Missions: Hunt down villains who are connected to, but not part of the core story. It's the player's choice if and when they want to complete these threads.