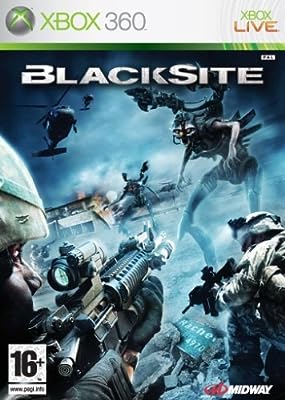 Price: £11.94
As of 2021-01-10 01:25:30 UTC (more info)
Product prices and availability are accurate as of 2021-01-10 01:25:30 UTC and are subject to change. Any price and availability information displayed on https://www.amazon.co.uk/ at the time of purchase will apply to the purchase of this product.
Availability: In Stock
Add to Cart
Buy Now from Amazon
In stock.
Product Information (more info)
CERTAIN CONTENT THAT APPEARS ON THIS SITE COMES FROM AMAZON SERVICES LLC. THIS CONTENT IS PROVIDED 'AS IS' AND IS SUBJECT TO CHANGE OR REMOVAL AT ANY TIME.

Your elite Special Forces squad, assembled from the finest soldiers in today’s military, responds to your orders and leadership in the most realistic in-game visuals imaginable. Lead them well and they’ll rally behind you, waver in the face of the enemy and their morale will sink accordingly Wide variety of traditional online modes such as Death Match, Team Death Match, and Capture the Flag. All new modes are available in the form of Human vs. Reborn and the new Siege mode, where teams try and capture each other squad’s members on the way to controlling territory Drive the latest military HMMWVs, ATVs, and commander civilian vehicles Take your squad down any one of multiple paths to solve problems and defeat enemies. Strategically use cover points and blow away others in huge levels where nearly everything you see is destructible Control all squad commands with the press of a single button, without the hassle of clunky menus