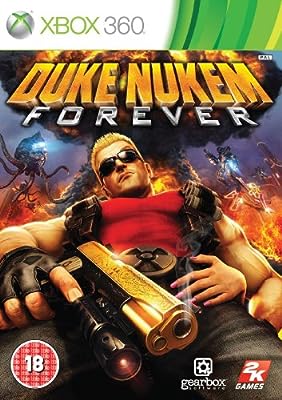 Ego, and then Some: Step into the shoes of Duke Nukem, the steroidal One-Man Army who never fails and always gets the Babes Bust a Gut: Duke pulls no punches. He does and says the things you are thinking. Duke’s constant stream of hilarious one-liners throughout the game will have gamers rolling World Interactivity: Spend as much time as you want shooting hoops, lifting weights, playing pinball, pool, air hockey, and slots. — even the urinals are interactive Scale & Variety: This game has it all Packed with explosive FPS action, outlandish settings, vehicle driving, and puzzle solving — gamers will never tire of the endless FUN Multiplayer Like No Other: Duke re-envisions classic modes of play in his own hilarious and humiliating way. Shrink your opponent and squash him with your foot. Freeze and shatter him. Attach explosives to his back. Roll a pipe bomb between his legs, or just frag him old-fashioned with a rocket