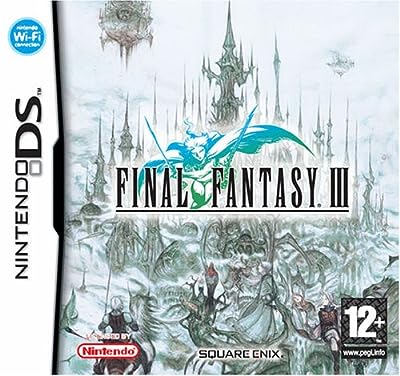 The missing link in the evolution of FINAL FANTASY is unveiled - experience a tale untold A dynamic job-changing system allows for more than 279,000 party variations The Touch Screen interface seamlessly utilizes DS capabilities - explore dungeons, dispatch foes and cast spells using the Nintendo DS stylus A complete visual overhaul breathes new life into a classic with colourful 3D graphics Take advantage of both DS Wireless Communications and Nintendo Wi-Fi Connection to access the Mognet and communicate with other players as well as NPCs and uncover hidden dungeons, quests and items Character designer Akihiko Yoshida of the award-winning and critically acclaimed FINAL FANTASY XII lends his talents by designing the four main characters

The Sisters Grimm: The darkly beguiling ...