LEGO Pirates of the Caribbean (Xbox 360) 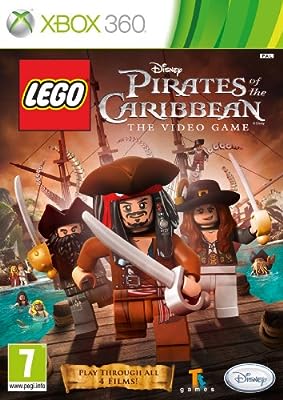 Exploration: Players will explore familiar locations filled with interactive LEGO Objects and encounter more than 70 memorable and new characters while making their way through more than 20 levels Combat: The LEGO Caribbean is full of danger! Intense sword fighting moves give the LEGO Minifigure a brand new pirate flavour Unforgettable Cut Scenes: Some of your favourite scenes from the Pirates of the Caribbean films are re-rendered with LEGO Minifigures, in the humorous style synonymous with LEGO Video Games Puzzles: Players will need all their pirate cunning to find the hidden LEGO Treasures and discover the game's many secrets Two-Player Co-op: Players can join a friend or family member in the same room for two-player "drop-in/drop-out" cooperative action Freeplay: Building a collection of characters throughout the game, players can then use their distinctive abilities to gain access to previously unavailable areas