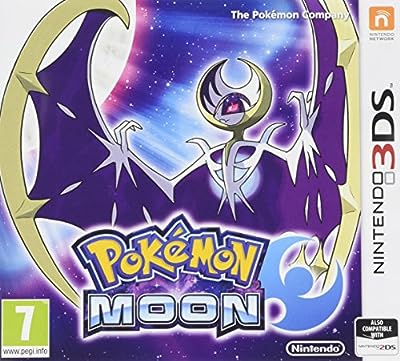 Try the free demo from 18/10/2016 - availabe from the Nintendo eShop. The Special Demo Version introduces players to the Alola region and features Ash-Greninja, the Pokémon that appears alongside the hero Ash in the animated TV series Pokémon the Series: XYZ. Players are able to transfer their Ash-Greninja from the Special Demo Version to their full version of Pokémon Sun or Pokémon Moon As a bonus, anyone who has a pre-order or buys the game after the launch on 23rd November, can connect their Nintendo 3DS family system to the internet, to receive a special Munchlax in the game, along with a Snorlium Z to unlock the special Z-Move known as Pulverizing Pancake for Snorlax. Watch the trailer for more details! Offer available until 11th January 2017 Brand New Alola Region to explore. Featuring brand new Pokémon and adapted Alola regional variants of Vulpix, Sandshrew, Raichu and more! Explore new additions like the Poké Finder, Z Moves, Battle Royale, Poké Ride, Hyper Training, the Rotem Pokédex and finding new Pokémon using the QR Scanner! Compatible with Nintendo 3DS, 3DS XL, 2DS, New 3DS and New 3DS XL consoles