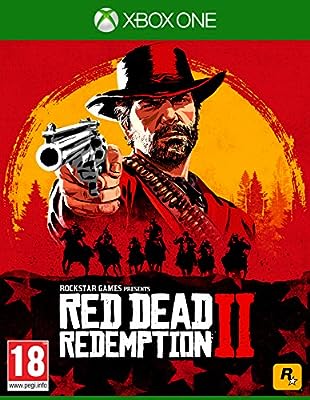 From the creators of Grand Theft Auto V and Red Dead Redemption The deepest and most complex world Rockstar Games has ever created. 4K Ultra HD not available on Xbox One or Xbox One S consoles Covers a huge range of 19th century American landscapes Play as Arthur Morgan, lead enforcer in the notorious Van der Linde gang Interact with every character in the world with more than just your gun Engage in conversation with people you meet. Your actions influence Arthur’s honour Horses are a cowboy’s best friend, both transport and personal companion Bond with your horse as you ride together to unlock new abilities According to Digital Foundry; "Red Dead Redemption 2 looks and plays best on Xbox One X"

Xbox ONE GAMES - Buy One Or Bundle Various Prices